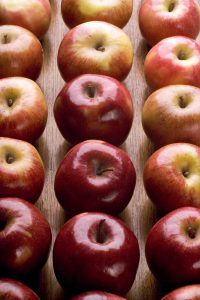 “Let thy food be thy medicine, and let thy medicine be thy food.” -Hippocrates, the Father of Medicine

Ever since I was a little kid I always wanted to be involved in health, I wanted to help other people get healthier and prevent disease.  I graduated from the faculty of Applied Health Sciences at Brock University, originally with the intention to become a doctor, however my opinion had changed during my studies. I realized that typical medical care focused on treating the symptoms, rather than treating the cause of the symptoms, and preventing/treating the disease itself.   In Type 2 Diabetes patients, rather than having patients correct their diet properly, pills and injections are typically given out in order to artificially control blood sugar.  This has always seemed weird to me, since all it did was reinforce the unhealthy habits, which caused the problem in the first place.  It is easier to give someone pills, than it is to convince them to eat differently, that is one of the largest hurdles to health.

There is plenty of research from several highly respected doctors, that shows how many common diseases we experience in Canada & the USA are diet-related diseases.  Type 2 Diabetes used to be referred to as adult onset Diabetes, but now it is becoming common in children/teenagers, which means this disease has become progressively worse over time in our society.  My mom was diagnosed with Type 2 Diabetes at age 37, over 20 years ago, and so this has always been a personal interest of mine.  Throughout my schooling and via the media I was taught that chronic diseases like Heart Disease & Diabetes were a life-long issue.  I knew that eating healthier and exercising could help control Diabetes, but nobody spoke of ever curing or reversing it.  It wasn’t until 2011 that I came across one wonderful doctor after another, and the amazing research that exists on Diabetes & Heart Disease. The first video that I was exposed to was played on CNN and was called “ The Last Heart Attack “, with amazing research and result from Dr. Dean Ornish & Dr. Caldwell Esselstyn.

Former President Bill Clinton is the focus of this documentary, which shows how a vegan, whole foods, plant-based diet can reverse Heart Disease.  In fact, it had already done so for Bill Clinton, and there have been doctors doing this with almost a 90% success rate for decades. The first thing I said to myself was: “How is this possible, wouldn’t everyone know about this?  It can’t be that easy “.  In North America, we have always been taught that animal products like meat, fish, cheese, milk, etc. should be a large part of our diets. Isn’t it just white flour and white sugar that is the problem for Diabetes?  Initially I did not want to believe the information due to it’s simplicity, so I began researching the work of the doctors in the CNN documentary, and it exposed me to several other doctors, documentaries and lectures.  These doctors have been successfully using a vegan diet to literally reverse Heart Disease, usually within a few years, including the elimination of artery blockages and calcium build-up around the heart.   Due to my background in health research, and the clarity of this new information, it made perfect sense to me immediately.  This diet literally makes a person ‘heart attack proof’, as the doctors themselves have stated. I then began listening to how these same doctors used a vegan diet to also reverse Diabetes, simply by changing someone’s diet.  I immediately became passionately interested in studying the vegan diet, and came across many more resources, such as The China Study  by Dr. T. Colin Campbell.  Cultures such as China/Japan experience some of the highest levels of health historically in their rural regions, where they eat mainly a plant-based whole foods diet and very little animal products

I am a first generation Canadian, many of my relatives were born in Italy, including my parents. They grew up around farms, worked hard and ate fresh food.  I always had a big vegetable garden in my back yard while growing up. My parents ate lots of fresh veggies in their diet daily. But in North America, not everyone has a garden and there is easy access to a huge selection of inexpensive, junk foods.

Armed with new information, I was now very excited about the plant-based diet, and gathered two great video resources for my mother to watch.  One was a documentary that shows a clinic where Dr. Gabriel Cousens has been reversing Diabetes in patients successfully for years, using a vegan, whole foods, plant-based diet, and it only takes 30 days! Within the first week on this diet, most people are completely off the bulk of their medications for common conditions such as Diabetes or high cholesterol.

I also chose a video lecture by Dr. Neal Barnard, since he explains how to reverse Diabetes in such a clear and easy to understand way.

Initially my mother didn’t believe that this diet could work, but after a little effort, she agreed it made sense and actually agreed to try it.  I made sure she saw her doctor first to let him know what she would be eating, and I actually drove home (a 9 hour drive) to visit for a week to start her off with the diet.

Luckily my mother grew up around farmers and so the diet change wasn’t too difficult for her.  Within the first 1-2 days my mother could already feel the improvement in her digestion, she always had a very bloated tight stomach feeling, this was now completely gone.  From day one, she never had high blood sugar again.  Her energy levels went up immensely, bowel function improved immensely, and she was losing weight effortlessly.   My mother reduced her Metformin from 5 pills to 4 pills, and is off of all Diabetes medications as of November 27, 2012.  This only took my mother 30 days to do.  My mother said she is so used to being Diabetic, she said she has a hard time not taking the medications, since she has been taught that she ‘needs’ it for the rest of her life.  I feel this is the largest issue in reversing the disease – changing a patient’s psychology about the disease.

My mother was able to do this diet quite strictly for a whole month, she felt psyched up and proud of herself. She did say however that it takes a lot of willpower. She has had a tough time staying strict with the diet after the first month, simply due to what my family members and other people around her are eating. We are all used to eating certain foods and cooking certain recipes in North America, and so it makes change more challenging. The key is to be action-oriented and results-focused, because it is possible to reverse chronic disease. The doctors who have researched this diet have stated that if you can follow this diet strictly for 30-60 days, you can easily regain pancreatic function and reverse Diabetes.  If not done in a strict manner however, disease reversal becomes unlikely.  As I told my mother, if we were living in small town China or Italy right now, there would be less temptation to eat the improper foods and indulge as much.  If she sticks to this diet, she will never need any of her medications again.

I strongly believe that our health is determined by what we eat, what we eat is heavily influenced by where we were born, and the environment we grow up in. My hope is that in 2013 my mother can continue to follow this diet in a strict manner, hopefully I can provide a follow-up update for everyone with more information as well.  I hope this write up and the information I have provided here can inspire others out there to take control of their own health and achieve a higher level of wellness.